The information and educational journey of the 15th EFJ cohort took place 12 to 16 May 2014.

The first appointment was a visit at Radio Bremen, where the Fellows got an introduction to the characteristics of the dual broadcasting system in germany followed by an interview with TV-editor Andreas Neumann. 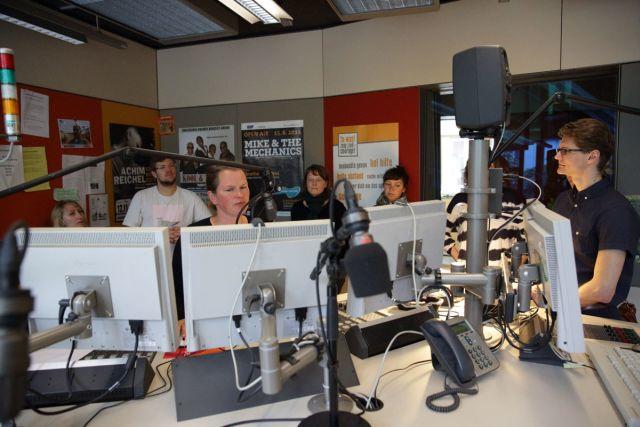 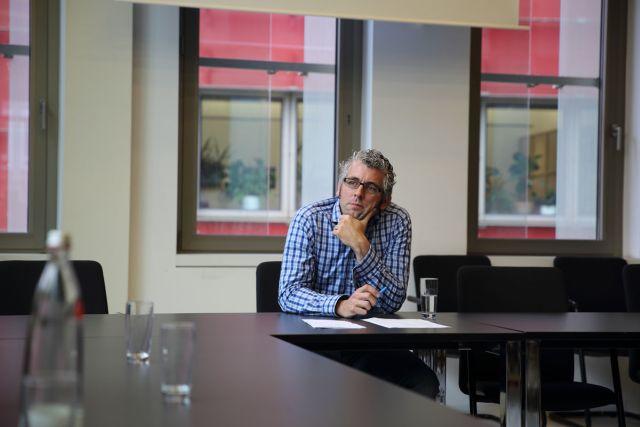 The next appointment was a guided tour of the downtown Bremen and the Schnoor quarter. City Guide Heinz Ortmann managed with many anecdotes to historic downtown to bring the the Fellows closer to the history of Bremen in an impressive way. 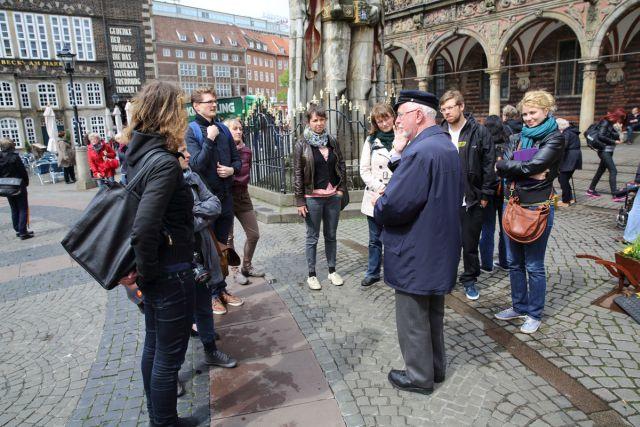 The group in front of the Bremer Roland 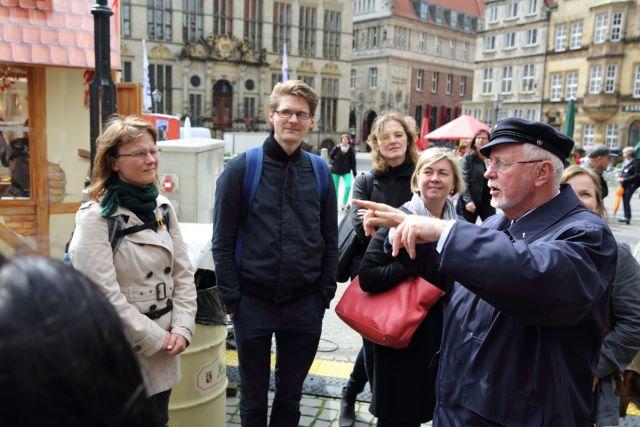 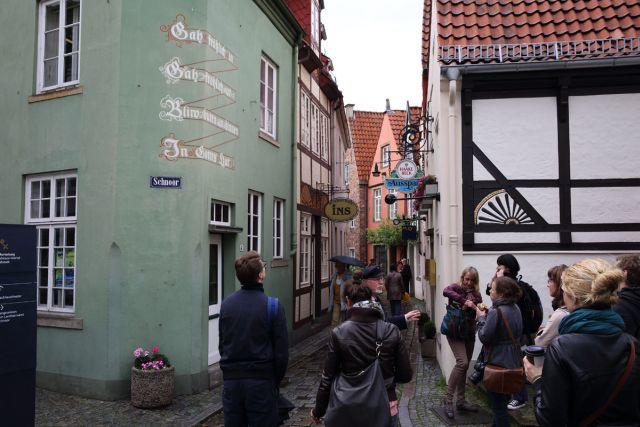 The Fellows in the streets of the Schnoor-Quarter 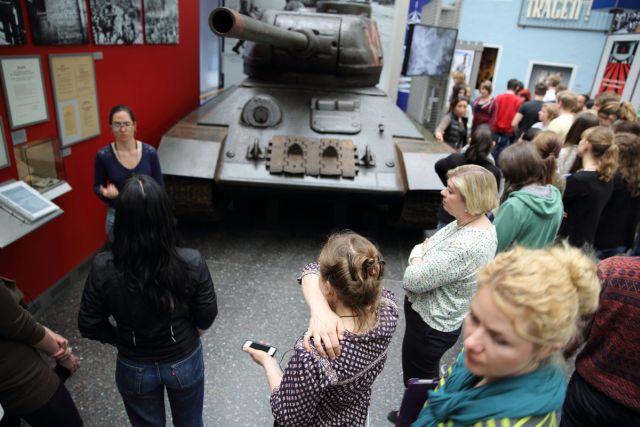 House of History in Bonn 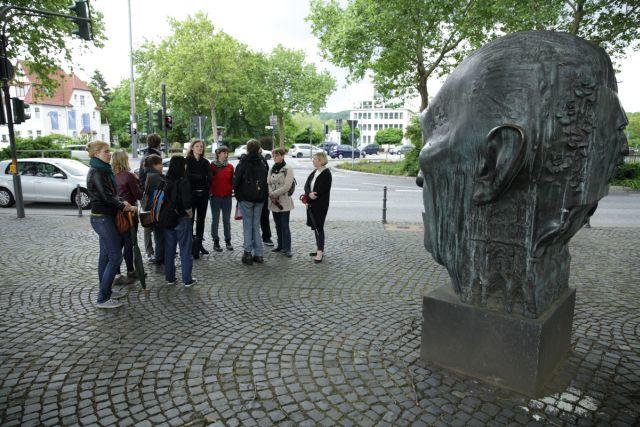 The fellows at the memorial for German Chancellor Konrad Adenauer

On wednesday the Fellows followed an invitation of the Foundation Presse-Haus NRZ to Essen. They were welcomed by the publisher of the NRZ Heinrich Meyer. Together with NRZ editor in chief Manfred Lachniet the challenges and changes in the local newspaper market in Germany were outlined impressively with the NRZ as an example of changes. Following was an invitation to a dinner. 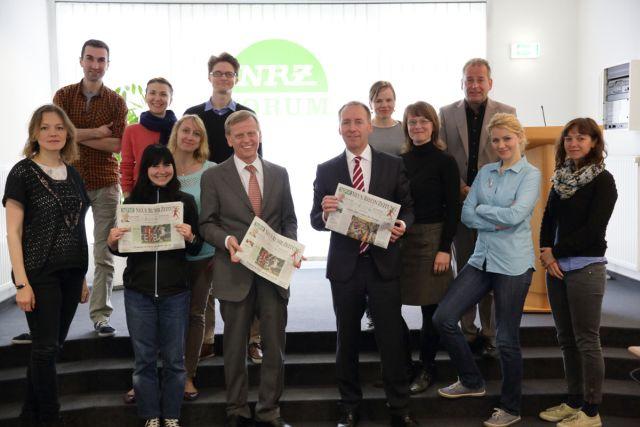 A group of Fellows in conversation with Walter Koretz 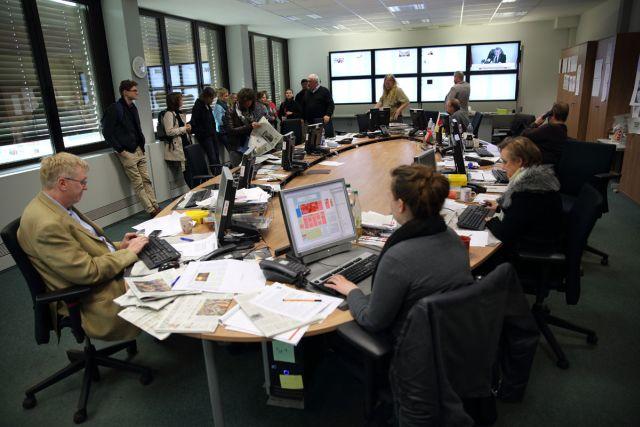 The editorial office of the NRZ

On Thursday the group went to Frankfurt am Main, where the Fellows had a conversation with Werner D'Inka, one of the publishers of the Frankfurter Allgemeine Zeitung. They discussed on the newspaper and media landscape in Germany. 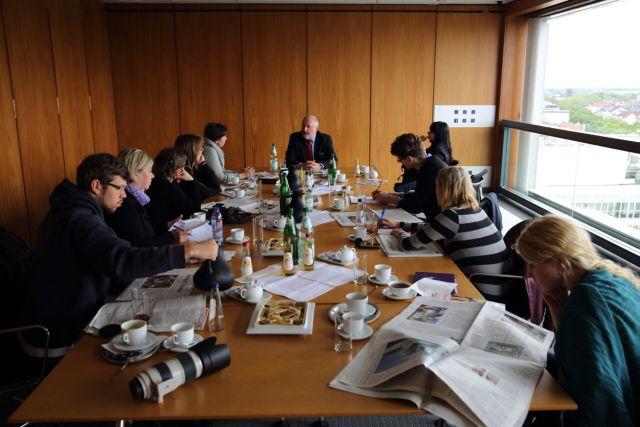 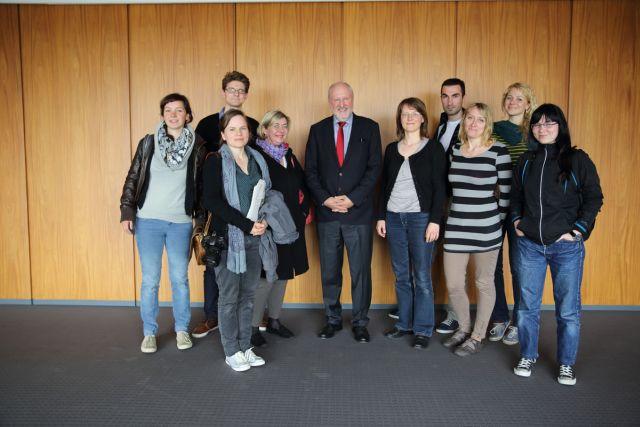 The Fellows with one of the publishers of FAZ

The last travel date was a tour of the Battle Monument in Leipzig. The historical context, the impressive crypt and after a long way up to the top the wide view over Leipzig became the conclusion of the trip. After a short free time in the center of Leipzig the group headed back to Berlin. 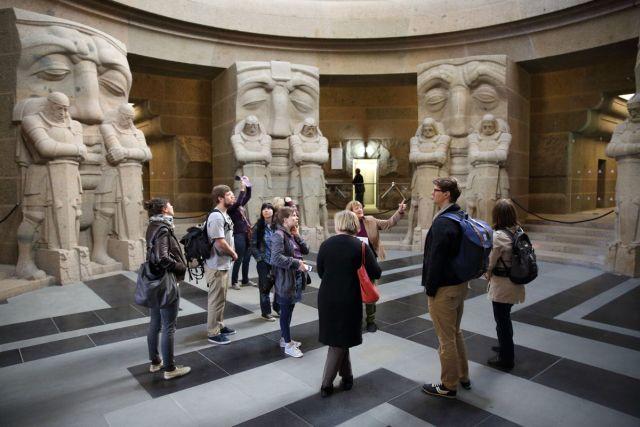 The Crypt of the Battle Monument

All photos taken by: Zviad Mikeladze