The information and educational journey of the 16th EFJ year was from 7 to 12 December 2014. and thus, in contrast to recent years, in the first semester of the scholarship period.

The first appointment led the group to Frankfurt am Main, where the Fellows had a conversation with Werner D'Inka, one of the publishers of the Frankfurter Allgemeine Zeitung. They discussed on the newspaper and media landscape in Germany. 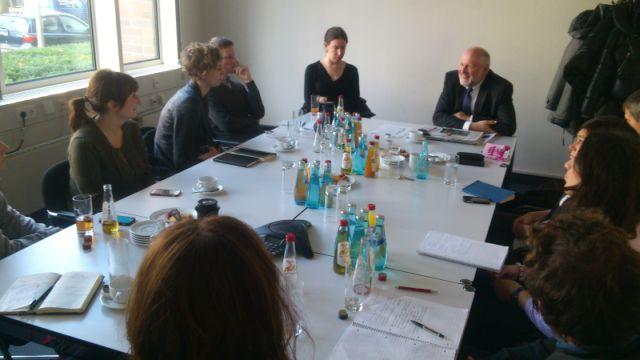 The Fellows with Werner D'Inka

Next stop of the tour group was Nuremberg. After a short visit to the (unfortunately closed) Christmas Market, next day, the group went to the Documentation Centre of the former Nazi Party Rally Grounds. A guided tour of the grounds and through the exhibition provided an insight into the architecture of the inhuman Nazi ideology. 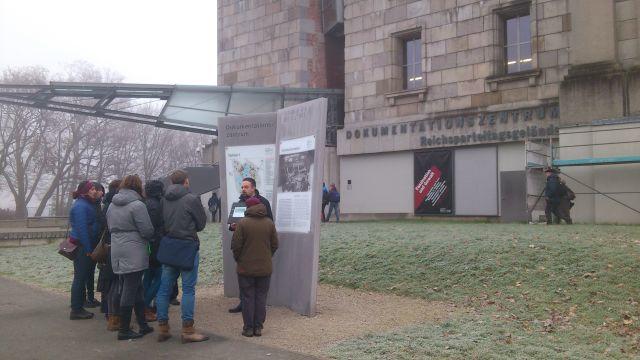 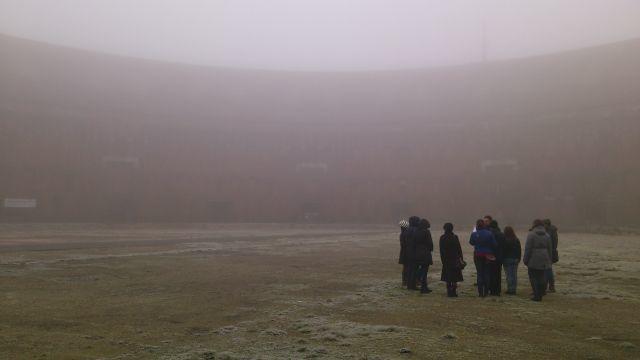 The foggy atmosphere in one of the former nazi buildings

In Cologne, the Fellows were given a tour of the Cologne Cathedral and its treasury. Some ventured then the 386 stairs to enjoy the view over Cologne from the observation deck. 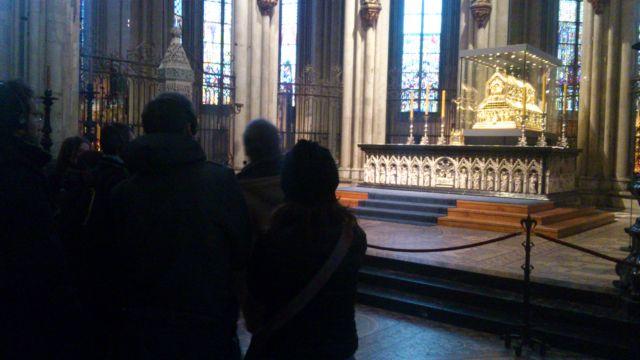 A look at the coffin of the relics of the Magi

After a lunch break the group headed to the WDR. The Fellows had a conversation with Ulrich Adrian, former Washington and Warsaw correspondent and the CvD radio Joachim Ropertz. The focus of the talk was on the role and work of public service broadcasting in Germany, especially on working in conflict areas. After the conversation the Fellows had a tour of the WDR-studios. 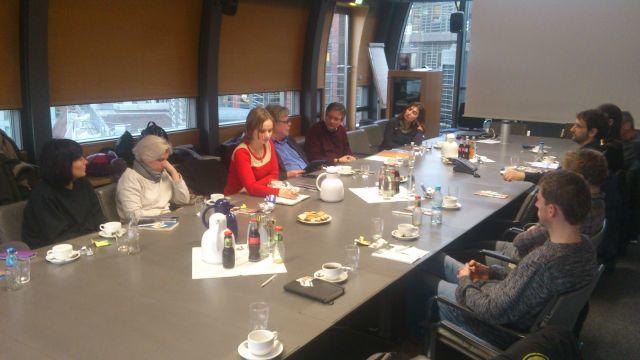 At the WDR with Ulrich Adrian and Joachim Ropertz 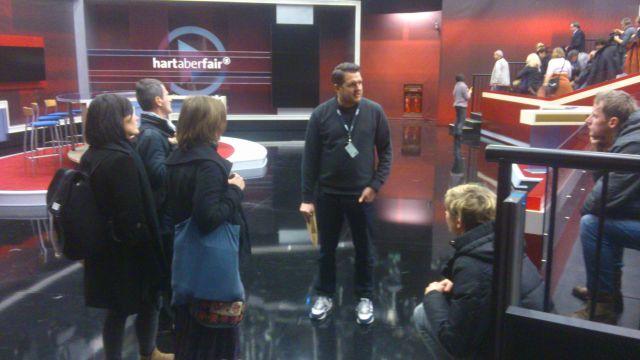 On Thursday, the Fellows were invited by the Foundation Press-Haus NRZ, which supports, among other things, four scholarship this year. After being welcomed by the publisher Heinrich Meyer, the chief editor of the NRZ (Neue Rhein-Zeitung / Neue Ruhr-Zeitung) gave an insight into the regional newspaper market in Germany.
The NRZ served as a foil in view of the challenges and potential for change that are required by lower circulation figures and being embedded in a large media company. In the evening, the Foundation Press-Haus NRZ invited the Fellows to a dinner. 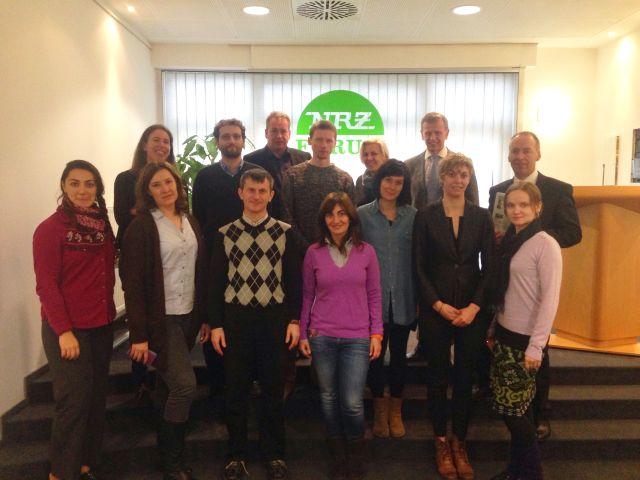 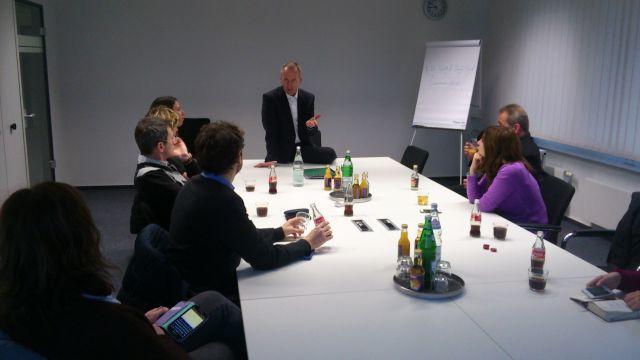 In the building of the Funke Mediagroup

Last destination was the Westphalian city of Münster with a visit to the Picasso Museum. In the exhibition "The Seduction of line" could be seen alongside works by Picasso pictures of Klimt, Schiele and Kokoschka.
After visiting a typical Westphalian restaurant, the tour group was on their way home to Berlin. 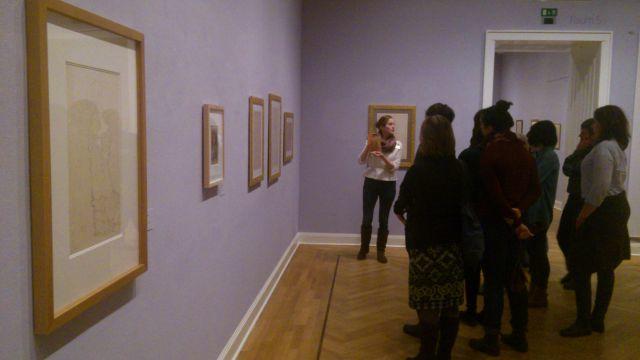