“Give Me a Break”, 2019, Multimedia Artistic & Research Project

This project was developed by Brazilian journalist and writer Karin Hueck as part of the German Chancellor Fellowship, conceded by the Alexander von Humboldt Stiftung. “Give Me a Break” is ultimately a project in favor of parental leave—an extended paid leave available to mothers, fathers or caregivers after the birth of a child. The project takes a comparative approach to the examination of parental leave between Brazil and Germany. In the first portion, "Give Me a Break" portrays Brazilian men who acted as primary caregivers when their children were born, which is very uncommon. These are stories of affections, feelings and emotions, which were shared through audio journals and transcribed. Their accounts were published together with photo documentation. In the German portion, the project contains a short web documentary about the state of fatherhood in this European country, with its unexpected shortcomings. Collectively, the project offers a representation of the silent revolution that emerges when men start caring for their babies. 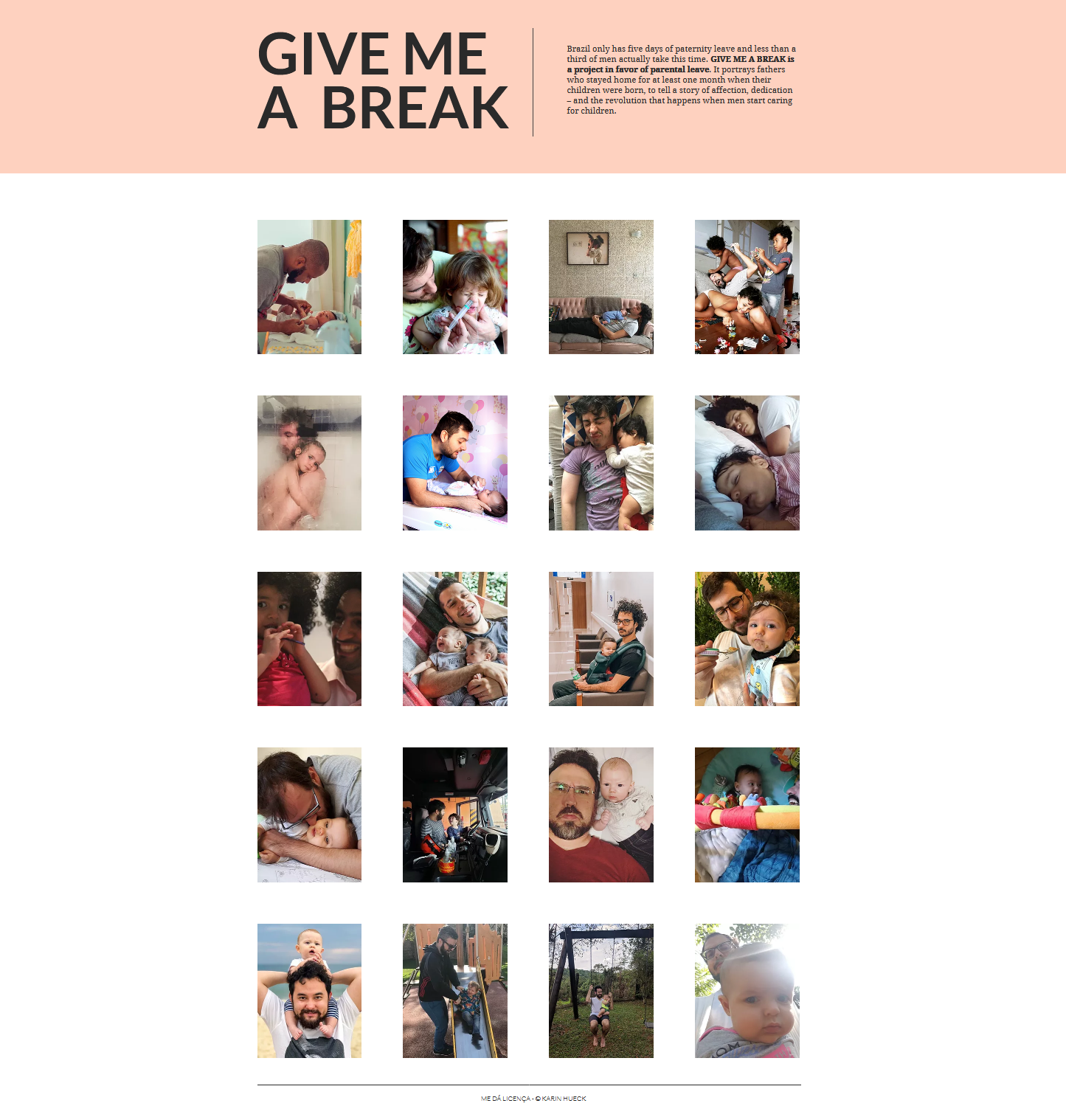