Coping with Accession: New Forms of Governance and European Enlargement 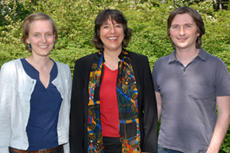 The project explores how transition countries in Southern Europe and Central and Eastern Europe have coped with the challenge of accession. In particular, the study set out to analyze the role of New Modes of Governance in the adoption of and adaptation to selected EU policies in the field of environment as an example of positive integration which imposes significant costs on and requires considerable capacities of accession countries. We expected NMG to more likely to emerge since they might help public actors to share or shift the burden of implementation on to private actors. Under which conditions do private actors (business, interest groups, NGOs) facilitate or impair compliance with EU (environmental) policies? How important are non-hierarchical
compliance mechanisms such as learning and persuasion or economic incentives? Which role do public-private partnerships play between public authorities, on the one hand, and policy consultancies, companies and NGOs, on the other hand? Do voluntary agreements, financial assistance, benchmarking, naming and shaming, technology-transfers, information exchange, and processes of (public) persuasion result in more effective implementation than command and control regulations and (the threat of) sanctions?

The COPA project systematically compares the Southern enlargement of the EC with the Eastern enlargement of the EU. To what extent does the accession of Greece, Spain, and Portugal in the 1980s differ from the accession of Central and Eastern candidate countries 20 years later? Why have New Modes of Governance played an as limited role in Eastern enlargement as in Southern enlargement? Are there similar dynamics at work that have impaired the emergence of New Modes of Governance in the
South and East of Europe, alike? Which factors have fostered and impaired the effective adoption of and adaptation to the acquis
communautaire?