by Katja Biedenkopf and Assem Dandashly

The Freie Universität Berlin, in cooperation with the Alexander-von-Humboldt-Foundation, and the Kolleg-Forschergruppe "The Transformative Power of Europe" organized a special lecture by Professor Gary Marks - the winner of the 2011 Humboldt Research Award. The event took place on Wednesday, October 19, 2011. Prof. Dr. Peter-André Alt, President of the Freie Universität Berlin, welcomed Professor Marks and the audience followed by a short introduction by Prof. Dr. Tanja A. Börzel, Director of the Kolleg-Forschergruppe. 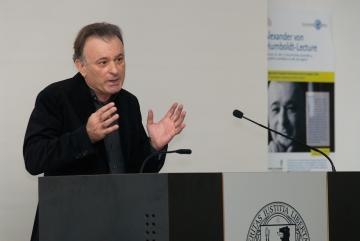 In his lecture “Europe and its Empires: From Rome to the European Union”, Prof. Gary Marks argued that the existing tension between ‘scale’ and ‘community’ have direct effect on the territorial structure of government. Professor Marks provocatively compared the five largest polities in the history and territory of Western Europe: the Roman Empire, the Frankish Empire, Napoleonic France, the Third Reich, and the European Union. In order to deal with this clash between scale and community, empires adopted a combination of some strategies: accommodation (“allow the community a measure of self rule in exchange for some share of its financial, physical, or human resources”); assimilation (“incorporate the community or its leaders by inducing them to identify with the empire”); and elimination (“destroy the community by dispersing, enslaving, or killing its members”).

For Professor Marks, the EU “is a response to the following question: How can one realize the benefits of scale while accommodating diverse communities?” The answer to this dilemma is through soft law, benchmarking, the fact that decisions are mostly taken by consensus, unanimity or super-majority voting, the imposing of very little tax, no major redistribution of resources across member states, and enhancing “cooperation by subsets of member states”, in addition to granting some members opt-outs from certain policy areas. The EU has mainly developed on the basis of accommodation and if the empire is defined to have a center and to be based on coercion, then the EU definitely does not fit that category. 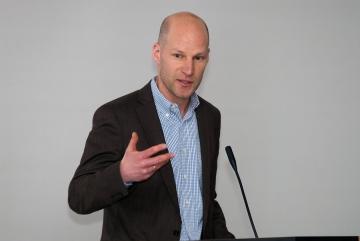 Professor Marks’ lecture was followed by comments from the discussant Professor Dr. Sebastian Conrad (Freie Universität Berlin) who questioned some of the bases for the arguments and comparisons and if it makes sense to call the EU an empire given the significant differences to the other empires for example the fact that in the case of the EU some member states competed to join. Then “it is a very untypical empire. Don’t we need some coercion to call it an empire?” Conrad also highlighted the importance of the time factor, which was missing in Professor Marks’ argument. The temporal context is very crucial in influencing why an empire functioned properly or worked and why others did not. Following the discussant’s comments, the floor was opened to the audience for questions and answers.

The video live recording of the lecture is now available. Please click here for the introduction and here for the main part.