Institute for Media and Communication Studies

Winter School "Social Media and Teaching – where do we go from here?" - December 2014 in Berlin

The WinterSchool „Social Media in Teaching“ was a four-day-workshop, organized by Prof. Dr. Carola Richter, that brought together students and teachers from various Arab countries and Freie Universität to discuss and evaluate approaches to include social media in teaching communication studies. Nearly 50 participants attended, including 20 students and 7 professors from Egypt, Tunisia, Oman, Lebanon, Qatar, Yemen and Palestine, laying fruitful ground for an intense intercultural exchange. Divided in working groups, the participants tried to find answers to relevant questions Social Media poses to communication studies, like:

Besides intensive discussions, various best practice example were presented. Among them were AREACORE related projects like the Media Literacy Academy and the Berlin-Cairo joint course on "Social Media, Global Change and Women", but also suggestions on how to integrate Blogs (thanks to Alexander Knoth, University of Potsdam) and Wikis (thanks to Dr. Ulrike Höppner, HIIG) into teaching. The first day ended with two insightful lectures from AREACORE scholars Dr. des. Hanan Badr, Cairo University, and Dr. Abdulrahman Al-Shami, Qatar University, who tried to answer the question what remained from the Social Media hype surrounding the Arab Spring in Egypt and Yemen. 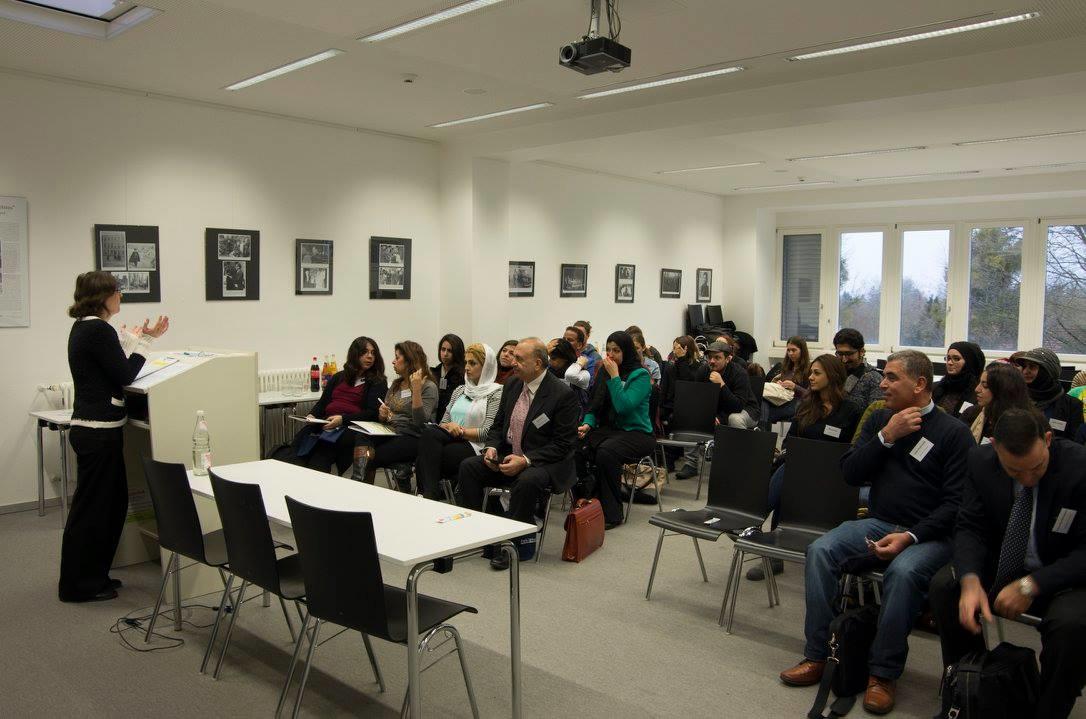 Also included in the diverse program were visits of two media institutions in Berlin, one of them was the Deutsche Welle Academy. Followed by a vivid discussion, Deutsche Welle journalist Jaafar Abdul Karim gave an interesting presentation about the work reality of the "journalist of the future" and the challenges and chances social media offers for modern journalism.

The WinterSchool offered also a practical introduction to various research tools that help to analyze the vast amount of data one is confronted when researching social media. After comprehensive presentations from Jakob Jünger (Facepager), Almut Woller (Twitonomy) and Daniel Maier (Issue Crawler), the participants had the possibility to try out and get familiar with one of the tools and then tried to answer a small research question. The results were presented later to the whole group, where chances and limitations of these innovative research tools were discussed. 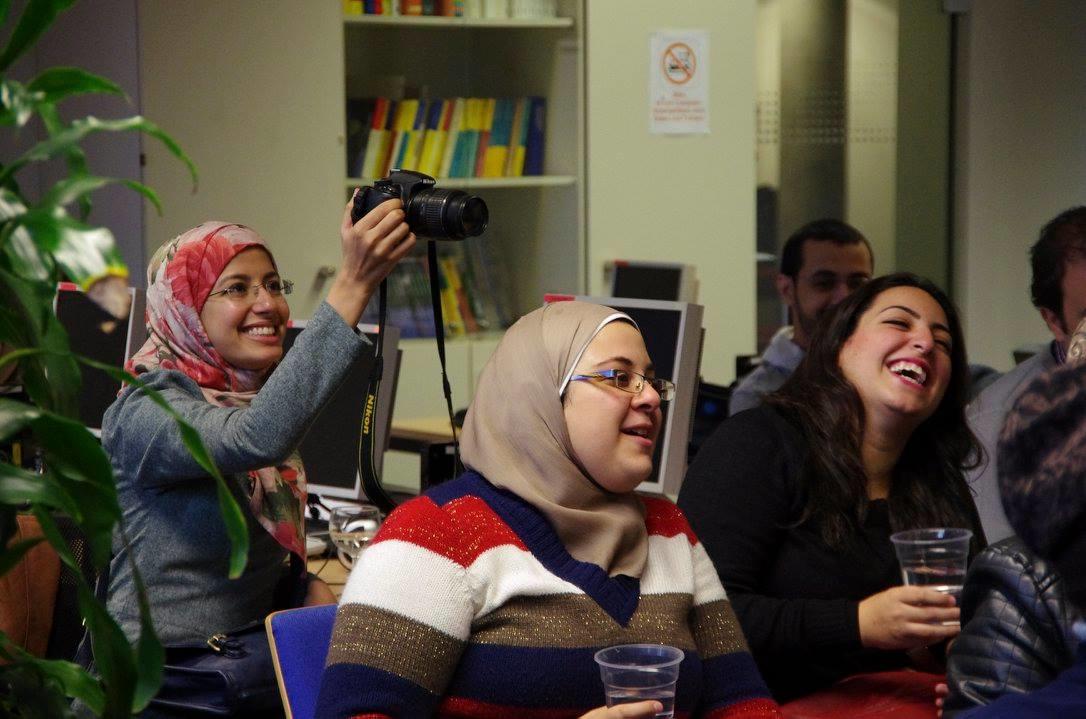 During the last day, the ideas and findings collected throughout the WinterSchool were summarized. The students gathered ideas and recommendations on how to integrate Social Media in teaching best and then prepared a presentation about it. This gave them the oppurtinity to make suggestions themselfes and to give direct input that influences future teaching. Teachers and students mutually benefited from the intercultural exchange and the exchange of ideas.

Nearly equally important was the personal exchange, during coffee breaks and meals, when the participants had the chance to get to know each other. In the evenings sightseeing, a visit of christmas markets and coffee shops were organized. The atmosphere during the workshop was always friendly and open. At the end, many found it hard to depart, but had also the feeling that the foundation for a long lasting network had been layed. 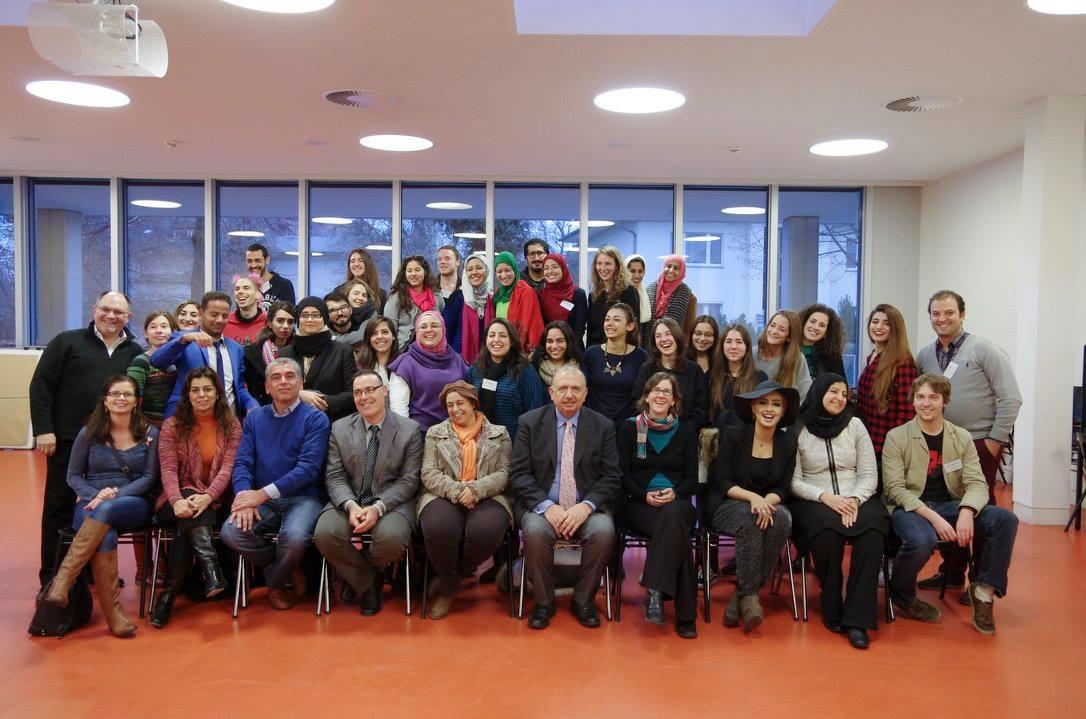 "A prolonged applause marked the end of the four-day WinterSchool. But let’s not see it as an end. Because this is just the beginning. And there is more to come.[...] I am convinced that we will do many more things in the future. This was just our starting point. We are now not only intercultural exchanged, but also united."