With the neo-liberal reforms and political transformations that followed the end of one-party rule in sub-Saharan Africa in the late-1980s, religion came to play an important public role: This became manifest prominently in the mushrooming of new religious organizations, rooted in primarily urban areas, which rely on the expanding sector of mass media that helps them to connect with the wider society. Faith-based organizations (FBOs) combine proselytizing activities with humanitarian and/or development aid and are among the religious organizations that have expanded fastest in Africa. Because of the entanglement between global and national backing and local action, these mostly Christian and Muslim organizations have grown into important political actors. Nevertheless, up till now the discourses, practices and socio-cultural effects of FBOs have received only scant attention in the social-science literature. 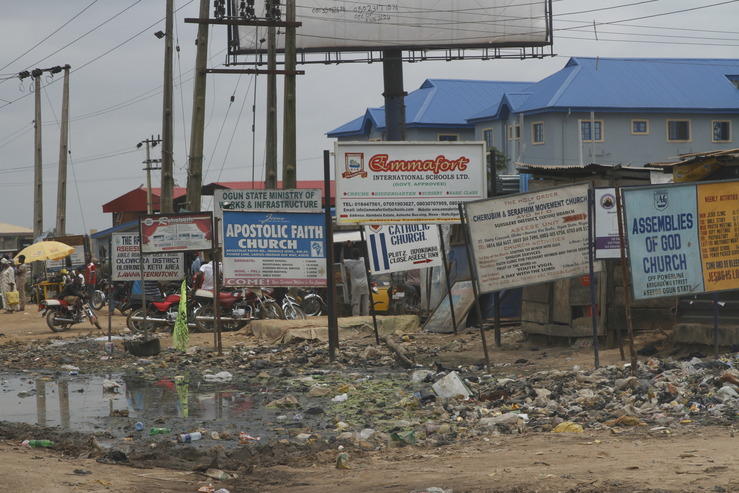 The mushrooming of FBOs in Africa demonstrates that there is increasing evidence of a rapprochement between religious and secular ideologies in the public sphere. Photo: Akintunde Akinleye

In an effort to address the scarcity of studies on FBOs, this project explores ethnographically how the recent integration of faith-based initiatives (both formal and informal ones) into development activities is embedded in the wider reconfigurations of the public sphere in sub-Saharan Africa and the global resurgence of religion. To investigate the conjuncture of faith and development, we conduct case studies of transnational Christian and Muslim FBOs in three metropoles: Lagos (Nigeria), Dar es Salaam (Tanzania) and Cape Town (South Africa). A comparison among these metropoles is particularly interesting as they differ in important ways in 1) The role of religion in the public sphere in contexts that are Muslim-majority (Lagos), evenly divided between Christians and Muslims (Dar es Salaam) or Christian-majority (Cape Town); 2) How development is organized locally by taking into account the roles of the state and civil society; 3) The ways Christian and Muslim FBOs link up with transnational, national and local networks (e.g., of religious actors, NGOs, and various administrative authorities).

By combining a view of the material, moral and political dimensions of the FBOs and analysing the interrelation of global, national and local dynamics, the case studies examine how FBOs as well as their beneficiaries reposition themselves in relation to the discourses, practices and opportunities triggered by transnational development. Taking this course, our focus on FBOs complicates conventional understandings toward a progressive religious/economic divide. Furthermore, the – at least partly – transnational reach of FBOs and their increasing political and economic importance questions ready-made binary oppositions including state versus civil society, private faith versus public life and Christianity versus Islam as distinct traditions. As such, the proposed project forces us to rethink the failing paradigms of modernization theory, with its narrow interpretations of secular development and the separation of religion from the public sphere, which neglect the potentiality of religion as a resource for development and the reality of the politics of aid in sub-Saharan Africa. 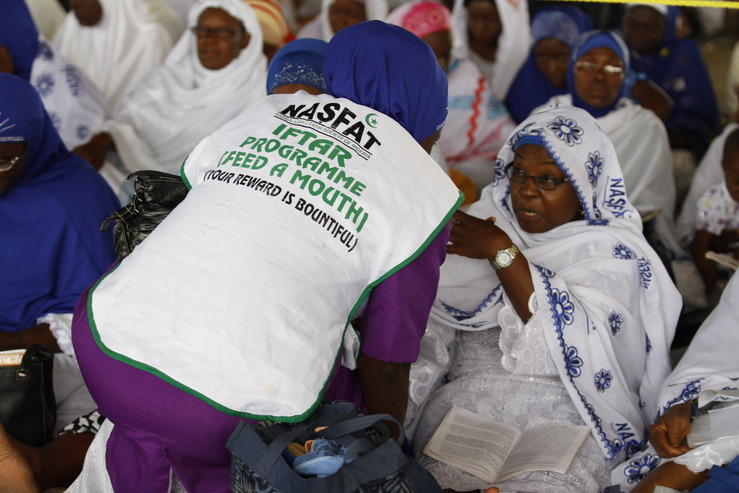 The recent integration of faith-based initiatives into development activities is embedded in the wider reconfigurations of the public sphere in Africa and the global resurgence of religion. Photo: Akintunde Akinleye