FU Berlin/Otto Suhr Institute of Political Science/Center for Transnational Relations, Foreign and Security Policy (ATASP) is thrilled to announce that beginning of April 2016 it started its engagement on the academic consortium project titled “Good intentions, mixed results – A conflict sensitive unpacking of the EU comprehensive approach to conflict and crisis mechanisms (EUNPACK)” which is financed by European Commission’s Horizon2020 grant scheme. The EUNPACK consortium’s focus is to unpack EU crisis response mechanisms, with the aim to increase EU conflict sensitivity and effectiveness. By combining bottom–up perspectives with an institutional approach, EUNPACK will aim to increase the understanding of how EU crisis responses function and are received on the ground in crisis areas. 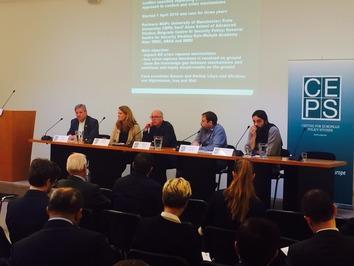 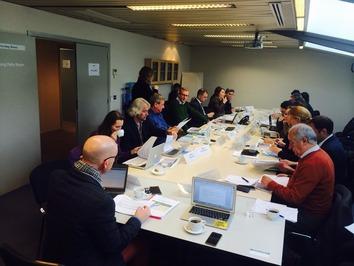 This entails exploring local agencies and perceptions in target countries without losing sight of the EU’s institutions and their expectations and ambitions. It also entails examining the whole cycle of crisis, from pre-crisis, through crisis, and into post crisis phase. EUNPACK analyses two gaps in EU crisis response:

The premise on which the consortium bases its work is that the severity of the two gaps is a decisive factor for the EU impact on crisis management and thereby its ability to contribute effectively to problem-solving on the ground. The consortium will analyze these gaps through cases that reflect the variation of EU crisis responses in three concentric areas surrounding the EU: the enlargement area (Kosovo, Serbia), the neighborhood area (Ukraine, Libya), and the extended neighborhood (Mali, Iraq, Afghanistan). The results of EUNPACK research will serve as policy recommendations fine-tuned to making the EU’s crisis response mechanisms more conflict and context sensitive, and thereby more efficient and sustainable. EUNPACK is a three years project and will cover the period from April 2016 until 2019.

The EUNPACK Project Team at FU Berlin/Otto Suhr Institute of Political Science/Center for Transnational Relations, Foreign and Security Policy (ATASP) consists of Associate Professor Dr. Ingo Peters, Research Fellow Enver Ferhatovic and Student Associate Adam Riviera, Stefan Wiechmann will have the lead on the extended neighborhood area research and substantially support research on EU crisis-management institutions and policies as well as the conceptual and analytical framework for the overall project.