This site provides an overview of the various research activities that I have initiated and supervised in the field of “religious diversity in transnational context” at FU Berlin. Much of my current research is oriented towards the exploration of religious diversity in Eastern African cities (see below), but I am equally interested in the way religious practice and organization have been affected and transformed by processes of globalization in rural and urban places in other parts of Africa and beyond. The main focus of my ongoing work on religion is on “new” Muslim and Christian organizations, but I am also concerned with the reconfiguration of ritual and “traditional” religious practice (including aspects of religious healing) in an interconnected world. In the following, you will find a summary of my forthcoming book as well as information on research projects and conferences, ongoing and completed PhD supervision, and further select publications.

My forthcoming book “Learning Morality, Inequalities, and Faith: Christian and Muslim Schools in Tanzania” has developed from my longstanding interest in religion and community-building in urban Tanzania (see publications below) and explores how the city of Dar es Salaam has become a site of religious vitality and trans-secular engagement in the wake of economic and political liberalization and transnational development. By drawing on critical approaches to the study of everyday morality and ethics, religious development and schooling, and inter-religious encounters in Africa, the manuscript examines whether and how religious actors’ involvement in the field of higher education have led to a re-positioning of “faith” and “religion” in the context of wider society and politics; and how this re-positioning correlates not only with longstanding histories of religious engagements in the field of education, but also with current global discourses and financial politics which have come to shape the field of “faith-based development” in urban Tanzania. The project considers also how the growing presence of faith-oriented education has been shaped by the increasing politicization of Christian-Muslim relations in the country, as well as by the potentials for social exclusion and conflict in the highly diverse and increasingly stratified (religious) urban landscapes of Eastern Africa. Finally, the project adopts an actor-centered approach and explores how these larger social, economic and political processes have become entrenched in individual and collective biographies; and how students, teachers and families understand and negotiate “faith” and “religion” in the context of newly established religious schools in Dar es Salaam. 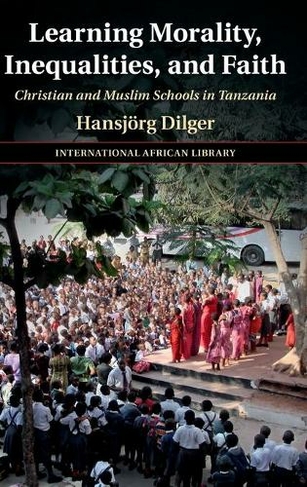 Methodologically, the project relies on extended periods of field work in Dar es Salaam (2006-10) which include interviews and conversations with representatives of ministries and development organizations, as well as semi-structured and biographical interviews with students, family members and the staff of Christian and Muslim schools. Extended participant observation was conducted in six faith-oriented schools (Pentecostal, Muslim and Catholic), focusing on the interactions between staff, students, and families and the presence of “faith” and “religion” in the everyday workings of higher education institutions. A detailed mapping of specific organizations’ institutional histories and their entanglements with religious as well as non-religious actors within and outside of Dar es Salaam was undertaken. Finally, the project relies on secondary and archival literature, as well as the analysis of articles in major Kiswahili newspapers and the collection of statistical data and policy documents. Research stays in Dar es Salaam in 2008 and 2009 were partially funded by Freie Universität Berlin, Department for Political and Social Sciences. A previous research trip in 2006 was funded by the University of Florida.

2017. Embodying Values and Socio-Religious Difference: New Markets of Moral Learning in Christian and Muslim Schools in Urban Tanzania. In: Africa – Journal of the International African Institute 87 (3): 513-36.

2013. Religion and the Formation of “Unequal subjects” in an Urban Educational Market: Transnational Reform Processes and Intertwined Histories of Christian and Muslim Schooling in Dar es Salaam, Tanzania. Journal of Religion in Africa 43 (4): 451-479.

2009. Doing Better? Religion, the Virtue-Ethics of Development and the Fragmentation of Health Politics in Tanzania. In: Africa Today 56 (1): 89-110.

2007. Healing the Wounds of Modernity: Community, Salvation and Care in a Neo-Pentecostal Church in Dar es Salaam, Tanzania. In: Journal of Religion in Africa 37 (1): 59-83.

2001. ‘Living PositHIVely in Tanzania’. The Global Dynamics of AIDS and the Meaning of Religion for International and Local AIDS Work. In: afrika spectrum, 36 (1) 2001, Special issue ‘AIDS in Africa. Broadening the Perspectives’: 73-90